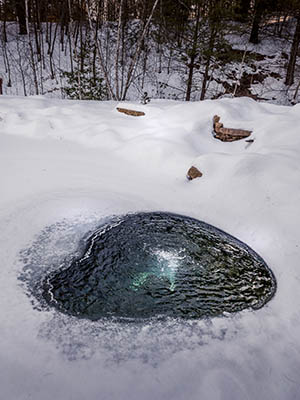 The most important reason for using a pond heater/pond de-icer is to keep an opening in ice, which allows gases to escape from the pond. When a pond completely freezes over all winter, these harmful gases can lead to fish kills.

An energy efficient alternative to the pond heater is an aeration system. For those who have used heaters year after year, switching to a pond aeration system might be a hard decision to make.

What is an aeration system and how does it work?

An aeration system consists of an air pump that sits outside of the pond, airline that runs from the air pump to the diffusers in the pond, and diffusers that push tiny oxygen bubbles into the pond water.

The bubbles released by the aeration system create friction in the water. The friction caused by the air bubbles creates openings in the ice. 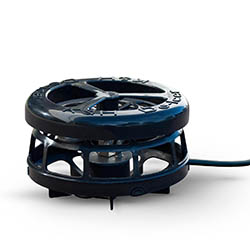 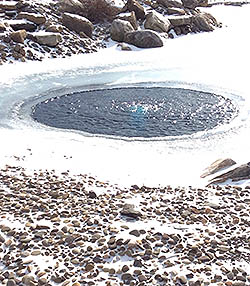 Individuals that live in very cold climates often use both the heater and aerator to ensure that their pond will not freeze over. If a garden pond is less than 18 inches deep or is partially above ground, the heater/ aerator combination is recommended.